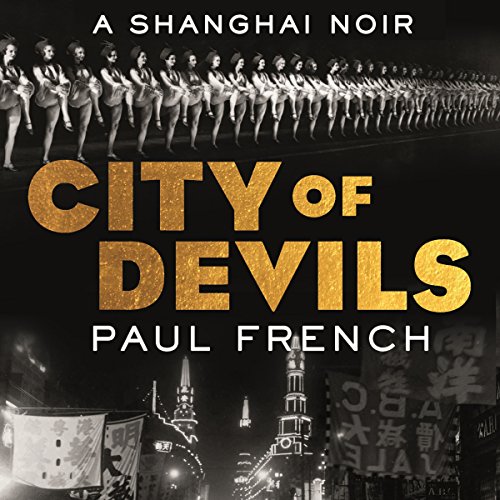 1930s Shanghai could give Chicago a run for its money. In the years before the Japanese invaded, the city was a haven for outlaws from all over the world: a place where pasts could be forgotten, fascism and communism outrun, names invented, fortunes made - and lost.

'Lucky' Jack Riley was the most notorious of those outlaws. An ex-navy boxing champion, he escaped from prison in the States, spotted a craze for gambling and rose to become the Slot King of Shanghai. Ruler of the clubs in that day was 'Dapper' Joe Farren - a Jewish boy who fled Vienna's ghetto with a dream of dance halls. His chorus lines rivalled Ziegfeld's, and his name was in lights above the city's biggest casino.

In 1940, they bestrode the Shanghai Badlands like kings while all around the Solitary Island was poverty, starvation and genocide. They thought they ruled Shanghai, but the city had other ideas.

This is the story of their rise to power, their downfall and the trail of destruction they left in their wake. Shanghai was their playground for a flickering few years, a city where for a fleeting moment even the wildest dreams seemed possible. In the vein of true crime books whose real brilliance is the re-creation of a time and place, this is an impeccably researched narrative nonfiction told with superb energy and brio, as if James Ellroy had stumbled into a Shanghai cathouse.

"A fascinating tale of life and death in a city on the brink of all-out war." (Time, on Midnight in Peking)

"He resurrects a period that was filled with glitter as well as evil, but was never, as readers will appreciate, known for being dull." (Economist, on Midnight in Peking)