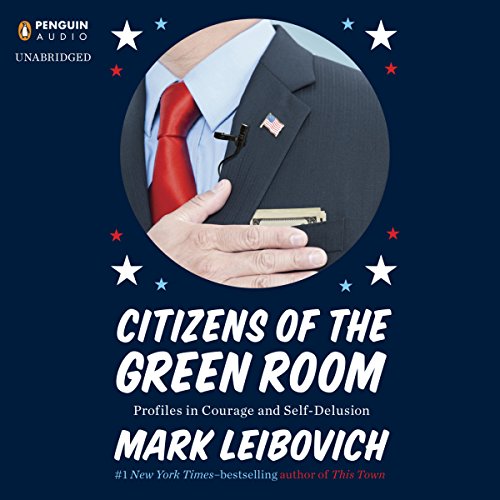 Citizens of the Green Room

Author of the groundbreaking number-one New York Times best seller This Town, Mark Leibovich returns with a masterly collection of portraits of Washington's elite, and wannabe elites. Hailed by The Washington Post as a "master of the political profile," Leibovich has spent his career writing memorable, buzz-worthy, and often jaw-dropping features about politicians and other notables. Currently chief national correspondent for The New York Times Magazine, Leibovich punctures the inflated personas of the powerful, and in Citizens of the Green Room, he reveals the lives, stories, and peculiarities behind the public masks.

A brilliant reporter with a talent for subversive, engaging storytelling, Leibovich maintains a refreshing conviviality with many of his subjects even as he renders incisive and unflinching assessments. His features have driven the national conversation while exposing the fallibilities of the kingmakers and media stars: consider his 2007 profile of Hillary Clinton, which unearthed a treasure trove of old letters that the then-senator had written as a vulnerable young college student; or his much-talked-about 2010 portrait of Glenn Beck, which laid bare the tortured soul and precarious standing of the once invincible host and his uneasy relationship with his soon-to-be ex-employer FOX News. In the political arena, Leibovich's portraits of John Kerry, Paul Ryan, Chris Christie, and John McCain are already classics; they invariably remind us that great journalism and stylish writing are not only essential to the Republic but necessary to maintain the citizenry's sanity and humor in the face of made-for-TV government.