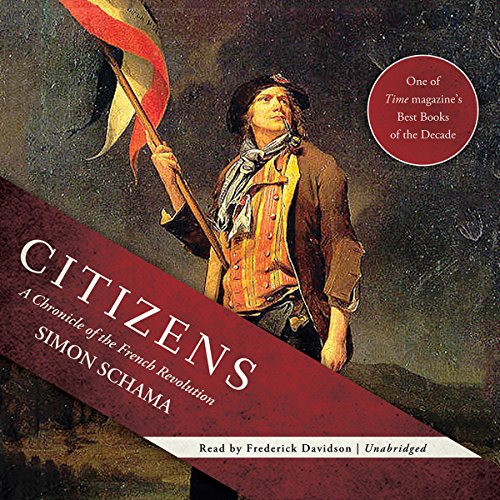 From one of the truly preeminent historians of our time, this is a landmark book chronicling the French Revolution. Simon Schama deftly refutes the contemporary notion that the French Revolution represented an uprising of the oppressed poor against a decadent aristocracy and corrupt court. He argues instead that the revolution was born of a rift among the elite over the speed of progress toward modernity and science, social and economic change. Schama’s approach, weaving in and out of private and public lives in the fashion of a novel, brings us closer than we have ever been to the harrowing and seductive French Revolution.

Simon Schama is a professor of art history and history at Columbia University and is the author of numerous award-winning books; his history Rough Crossings won the National Book Critics Circle Award for nonfiction. He has written and presented more than thirty documentaries for the BBC, PBS, and the History Channel.

“Lively descriptions of major events, colorful cameos of leading characters (and obscure ones too), bring them to life here as no other general work has done…Above all, Mr. Schama tells a story, and he tells it well…A delight to read.” ( New York Times Book Review)
“An immensely readable work of distinguished scholarship that guillotined many of the romantic myths about the beginning of French democracy.” ( Time)

the reader spoils it

Sorry, but the reader really spoils a potentially good book. I never reached farther then chapter 3. Then I had enough. The reader's voice sounds snarling and aggressive. Worse, the recording quality: Apart from fluctuations in volume that swallow whole syllables, I frequently thought to hear voices from the off. The reader could also have slowed down his torrent of words if only in order the help the recipient decode and digest the author's words. This book is a torment and should be taken from the shelves. No idea how it could ever pass quality inspection or what the reader has to say about his shoddy performance (or the author). I'm angry and would have exploded already if I had payed anything for the audio. As it happened I downloaded it as a bonus. Wasted now, still. What a shame!