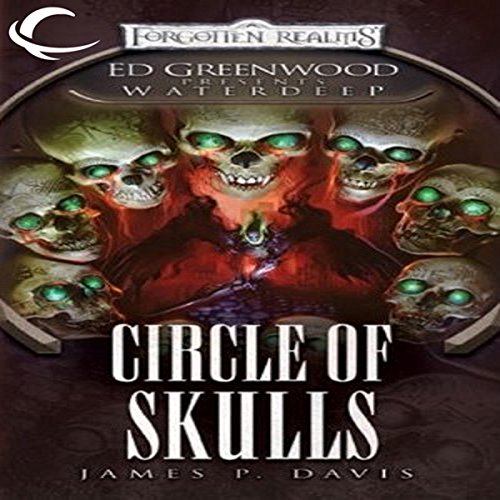 Journey to the dark side of the City of Splendors.

Jinn is an angel trapped in mortal flesh, sent down from the heavens to fight, die, and be reincarnated endlessly in the war against evil. But over the years, revenge supplanted justice, and now he lives only to wreck vengeance - whatever the cost - on the dark angel of Asmodeus who killed his lover. A series of brutal occult murders, left like breadcrumbs for him to follow, lead Jinn straight to the dark angel - an invitation to a final battle for the soul of Waterdeep. But will he still be able to choose the path of justice when he is so close to his enemy, after lifetimes of failure?

Circle of Skulls is a dark fantasy of fallen angels, desperate rituals, and a mysterious series of occult murders. Set in the classic City of Splendors and presented by Forgotten Realms campaign setting creator and celebrated author Ed Greenwood, you don’t want to miss out on this exciting glimpse into what the latest edition of the Realms has to offer.