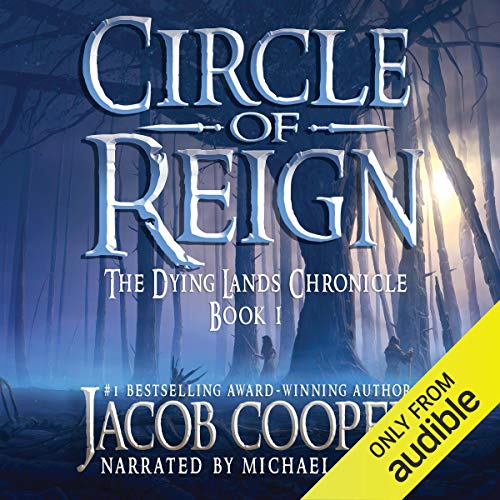 The Living Light that sustains Arlethia is dwindling.

An unknown, vicious enemy approaches in stealth from beyond the northern glaciers, a wasteland of ice that spans hundreds of miles. A clandestine brotherhood of assassins, held in check by the Light for millennia, seeks to break their maledictive shackles and unleash their bloodlust upon the world. Those that should stand with Arlethia clothe themselves in betrayal, desiring her secrets for themselves, leaving Arlethia to stand alone.

The rebirthing of lands ceased decades ago. The world of Valeira is dying. Only Arlethia, the Western Province of the Realm, remains untainted by the Ancient Dark's Influence. Reign, the young daughter of Arlethian Lord Thannuel Kerr, becomes entangled in a perilous web of deceit, greed, and assassination plots after witnessing something horrific - something that will destroy all she knows and loves. As threats culminate, she and her twin brother, Hedron, must battle demons on every side - both external and internal - in their efforts to save Arlethia from extinction, as they simultaneously reach for their own personal redemption. But they have become pariahs to their own people. There will be few that dare to stand with them in the dimming Light - and even fewer that will survive.

The world of Valeira cannot endure without Arlethia. And the Living Light is fading.

I bought this title since i really like the narrator. The world setting and most of the characters are quite good. The structure however is as follows: multiple short chapters on side characters with often no clear time frame. One longer chapter on the protagonists. Side characters again. Simple enough right? It feels however very rushed. A structure like this is more fitting for incredibly large books. Side characters you might like so far did not appear again which often left me saddened since i found them more interesting. The writer has potential and for some people this chapter structure and length might work. I do think the author had some unique ideas and hopefully will develop in the future and some chapters are well written.

I was looking for something to pass the time while waiting for the next of Brandon Sandersons Stormlight book. Now, after listening to Michael Kramers beautiful narrating of this great story, I'm not quite shure anymore, to which book I'm looking forward to more...stormlight 4 or song of night! Circle of Reign opens a new and fascinating world. Jacop Cooper's protagonists have a depth fiew writers match and his way of writing pulled me in straight away!