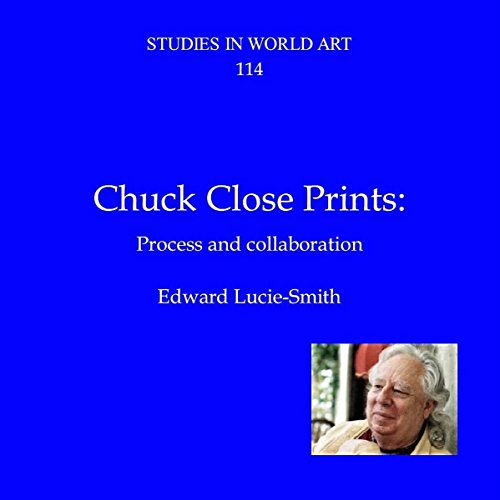 Cv/VAR Series 177 publishes a study by the celebrated art historian and writer, Edward Lucie-Smith, of the leading American artist, Chuck Close. Finding his early impetus in the photo-realistic works by Richard Estes, as well as the surface shocks of Jackson Pollock's tachiste paintings, Chuck Close developed his own highly resolved heads (his preferred term to portraits), which are worked on a massive scale. Close is as much preoccupied with process as description, charting an intricate exchange between painting and the pixelated images of his subjects. Despite suffering a disabling spinal aneurysm in 1988, the artist has continued to forge a monumental body of work in a variety of media: paintings, drawings, prints, and photographs, of potent and original effect.

Charles Thomas "Chuck" Close (born July 5, 1940) is an American painter and photographer who achieved fame as a photo-realist through his massive-scale portraits. Though a catastrophic spinal artery collapse in 1988 left him severely paralyzed, he has continued to paint and produce work that remains sought after by museums and collectors. Close currently lives and works in New York's West Village and in Bridgehampton, New York. (wikipedia.org)

The author: Edward Lucie-Smith has published more than more than 60 books about art, chiefly but not exclusively about contemporary work. A number of his art books, among them Movements in Art Since 1945 , Visual Arts of the 20th Century, A Dictionary of Art Terms, and Art Today are used as standard texts throughout the world. Movements in Art Since 1945, first published in 1969, has been continuously in print since that date. He has been curator of a number of international exhibitions and is curator of the Bermondsey Project Space in London SE1.