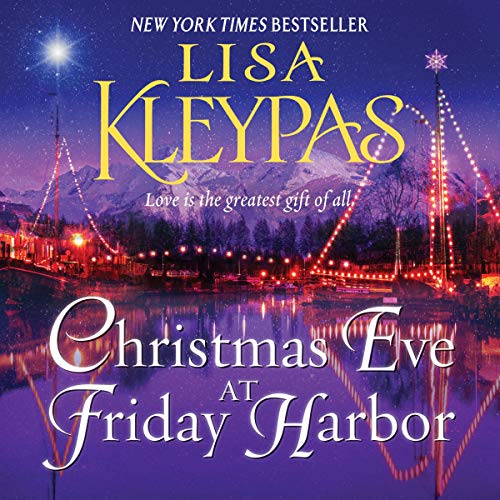 In the wake of tragedy, three people discover unexpected happiness and love in this heartwarming novel of magic, hope, and family, infused with the spirit of the holiday season - the first book in New York Times best-selling author Lisa Kleypas' Friday Harbor series, and the basis of the Hallmark Hall of Fame television movie Christmas with Holly.

When his sister, Victoria, died in a car accident, Mark Nolan became the guardian of his six-year-old niece Holly. But it hasn’t been easy. Since that tragic night, the little girl hasn’t spoken a word. Mark isn’t sure how to help Holly. All he can do is follow his sister’s wise advice: Start by loving her. The rest will follow.

Maggie Collins was barely married a year when she suddenly lost her husband. Though she doesn’t dare let herself believe in love again, the toy store owner does believe in magic - the power of imagination. When she meets Holly Nolan, she knows just what the quiet little girl needs.

Thrust together by the vagaries of fate, three wounded people are about to share the greatest Christmas gift of all....