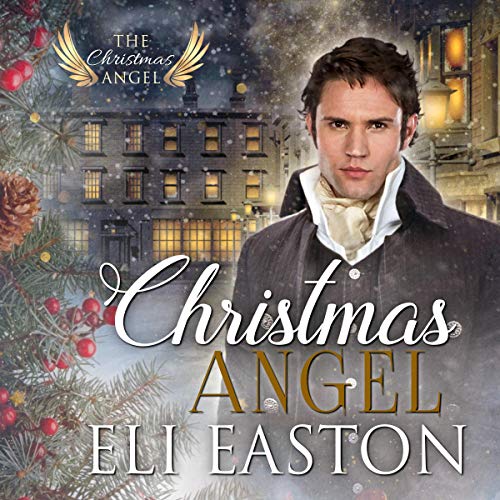 When John Trent, a dedicated member of the new Bow Street Runners, finds an exquisite carved angel floating in the Thames, he can’t stop thinking about it. He tracks down its creator, a sad and quiet young sculptor. But neither the angel nor the sculptor is done with John just yet. The blasted angel refuses to leave him be, behaving not at all like an inanimate object should.

Alec Allston is resigned to the fact that his love will ever be a river that flows out and never flows in. All he wanted to do was create a special gift so that a small part of himself could be with his unattainable and noble beloved, always. But when the gift keeps showing back up at his shop in the hands of a windblown and rugged thief-taker, Alec will need to reconsider his conviction that love is destined to remain an ethereal ideal.

This book is one of seven stories which can all be listened to and enjoyed in any order.

In 1750, a master woodcarver poured all his unrequited love, passion, and longing into his masterpiece - a gorgeous Christmas angel for his beloved’s tree. When the man he loved tossed the angel away without a second thought, a miracle happened. The angel was found by another who brought the woodcarver True Love. Since then, the angel has been passed down, sold, lost and found, but its magic remains.

Hear the romances inspired by (and perhaps nudged along by) the Christmas angel through the years. Whether it’s the 1880’s New York (Kim Fielding’s "Summerfield’s Angel"), the turn-of-the-century (Jordan L. Hawk’s "Magician’s Angel"), World War II (L.A. Witt’s "Christmas Homecoming"), Vietnam-era (N.R. Walker’s "Soldier’s Wish"), the 1990’s (Anyta Sunday’s "Shrewd Angel"), or 2018 (RJ Scott’s "Christmas Prince"), the Christmas angel has a way of landing on the trees of lonely men who need its blessing for a very Merry Christmas and forever HEA.