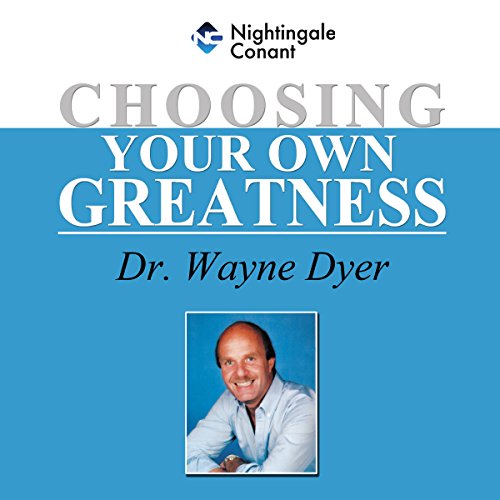 Choosing Your Own Greatness

Dr. Wayne W. Dyer: He gives generously of himself

According to the news media, Dr. Wayne W. Dyer is an author, a psycho-therapist, a college professor, a lecturer, a TV and radio personality, and a consultant. To his fans everywhere, he's much more than that. Wayne Dyer is a respected and highly regarded analyst of life, and its meaning. Many consider him America's number-one problem solver and life enhancer. That Wayne Dyer is a legend in his own time there can be no doubt. Offered in evidence is the fact that he has appeared solo at Carnegie Hall in "A Very Special Evening with Wayne W. Dyer"... that he is the nominee for an upcoming Golden Gavel Award (outstanding speaker of the year) from Toastmasters International... and that he has appeared on 5,200 radio and television shows! His best-selling books include Your Erroneous Zones - of which there are almost 30 million copies in print worldwide - Pulling Your Own Strings, The Sky's the Limit, and Gifts from Eykis. He is also the author of two N-C audio programs in addition to this one, How to Be a No-Limit Person and Secrets of the Universe. He has co-authored three textbooks on counseling with John Vriend. Dr. Dyer holds an Ed.D. in counseling psychology from Wayne State University/University of Michigan and was named distinguished alumnus of the year by Wayne State University. In Choosing Your Own Greatness, you will learn to: