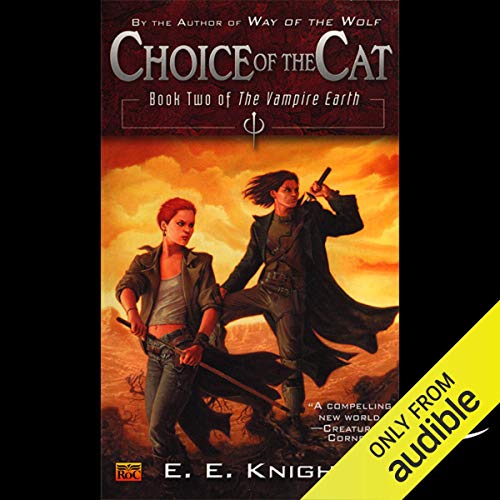 Choice of the Cat

Possessed of an unnatural and legendary hunger, the Reapers have come to Earth to establish a New Order built on the harvesting of enslaved human souls. They rule the planet. They thrive on the scent of fear. And if it is night, as sure as darkness, they will come.

It is the 45th year of the Kurian Order. Lt. David Valentine is a proud member of the Wolves, an elite fighting force dedicated to regaining control of Earth. But a disastrous battle against the enemy has left more than half of his company wounded or dead - and Valentine facing a court-martial.

Resigning his position, Valentine accepts an offer to become a Cat, one of the stealthy warriors trained to spy on - and go toe-to-toe against - the Reapers. Under the command of his mentor, Smoke, Val's first mission is to enter the Kurian Zone and investigate the threat of the Twisted Cross, a strike force of alien-human hybrids possessing the skills of combat veterans and the hunger of the Reapers...