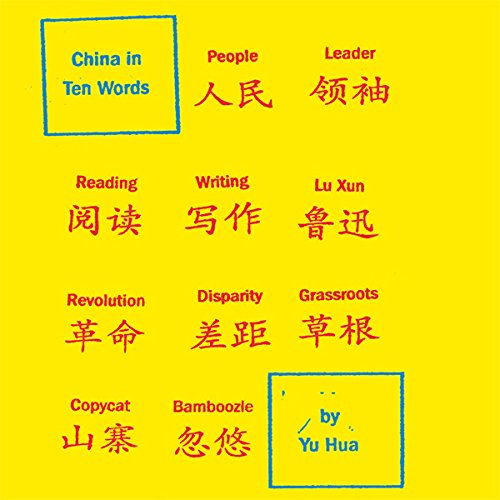 From one of China’s most acclaimed writers, his first work of nonfiction to appear in English: a unique, intimate look at the Chinese experience over the last several decades, told through personal stories and astute analysis that sharply illuminate the country’s meteoric economic and social transformation.

Framed by ten phrases common in the Chinese vernacular - “people”, “leader”, “reading”, “writing”, “Lu Xun” (one of the most influential Chinese writers of the twentieth century), “disparity”, “revolution”, “grassroots”, “copycat”, and “bamboozle” - China in Ten Words reveals as never before the world’s most populous yet oft-misunderstood nation. In “Disparity”, for example, Yu Hua illustrates the mind-boggling economic gaps that separate citizens of the country. In “Copycat”, he depicts the escalating trend of piracy and imitation as a creative new form of revolutionary action. And in “Bamboozle”, he describes the increasingly brazen practices of trickery, fraud, and chicanery that are, he suggests, becoming a way of life at every level of society.

Characterized by Yu Hua’s trademark wit, insight, and courage, China in Ten Words is a refreshingly candid vision of the “Chinese miracle” and all its consequences, from the singularly invaluable perspective of a writer living in China today.

“Moving and elegantly crafted . . . Offers rare insight into the cause and effect of China’s "economic miracle", focusing close attention on the citizens of the world’s most populous country. With an intimate tone and witty prose, Yu looks at the "effects that seem so glorious and searches for their causes, whatever discomfort that may entail," training his incisive eye on the quotidian as well as the grand . . . His book describes his particular experience, but hints at something much more expansive.” ( Publishers Weekly)