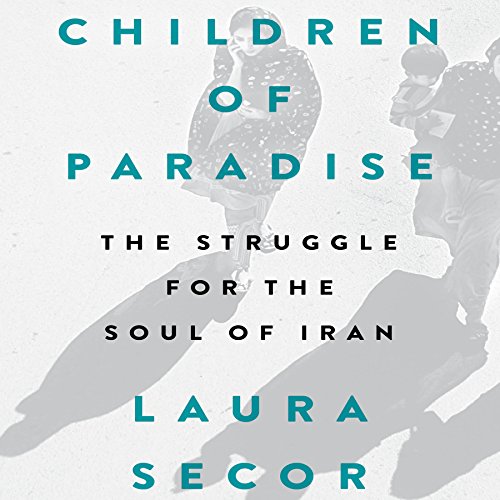 The drama that shaped today's Iran, from the Revolution to the present day.

In 1979, seemingly overnight - moving at a clip some 30 years faster than the rest of the world - Iran became the first revolutionary theocracy in modern times. Since then, the country has been largely a black box to the West, a sinister presence looming over the horizon. But inside Iran, a breathtaking drama has unfolded since then, as religious thinkers, political operatives, poets, journalists, and activists have imagined and reimagined what Iran should be. They have drawn as deeply on the traditions of the West as of the East and have acted upon their beliefs with urgency and passion, frequently staking their lives for them.

With more than a decade of experience reporting on, researching, and writing about Iran, Laura Secor narrates this unprecedented history as a story of individuals caught up in the slipstream of their time, seizing and wielding ideas powerful enough to shift its course as they wrestle with their country's apparatus of violent repression as well as its rich and often tragic history. Essential listening at this moment when the fates of our countries have never been more entwined, Children of Paradise will stand as a classic of political reporting; an indelible portrait of a nation and its people striving for change.

Named a Must-Read by Flavorwire

“Could not be more timely.... Indelibly portrays the journalists, dissidents, reformers and student activists who have fought bravely for their ideals in a country where voicing one’s beliefs has often led to imprisonment, torture and death.... Secor’s portraits create an impressionistic montage of Iranian life during the last 37 years, which is hugely valuable in helping us understand Iran’s complex back story.... They provide sharp, pinhole windows into a country that for many years has seemed, in her words, like 'a black box whose contents were all but unknowable.'" (Michiko Kakutani, The New York Times)

“A deeply moving, intimate collection of personal stories...[Secor gives], through extensive interviews with Iranians in the country and in exile, a first-rate, highly readable intellectual history.... Ms. Secor is at her very best when she relays the bravery and despair of dissidents, in particular the agony of women who have thrown themselves into the fight.... Ms. Secor last visited Iran in 2012. We can hope that she isn’t denied a visa in the future for her truth-telling. If she is, Children of Paradise was worth the price.” (Wall Street Journal)

“Democracy is always a work in progress. This point is made crystal clear in journalist Laura Secor’s exhaustively researched book...an insightful view of the evolving intellectual character of a nation that has been largely hidden from us for forty years.... A stellar example of investigative journalism and narrative nonfiction.” (San Francisco Chronicle)