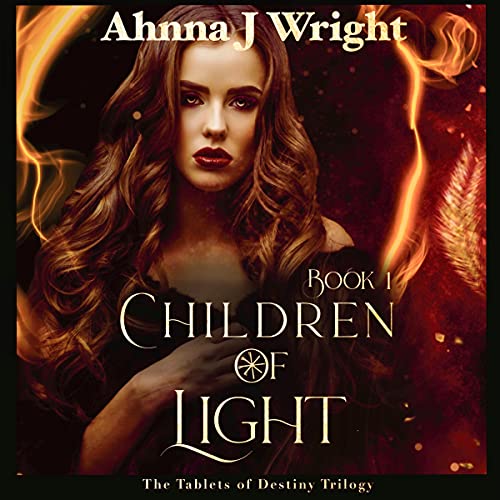 Book one in the Tablets of Destiny Trilogy - a story for paranormal romance and fantasy lovers!

Being a child of the gods puts a death sentence on your head, even if you didn't ask for it.

I have struggled my entire life to avoid confrontation. The powers that I have, I fear. I've run from demons, from nightmares - and yet, I still can't escape them. After an encounter with a creature from hell, I'm brought straight into the arms of Donovan.

Donovan D'Ange is the last Ursang. Sworn to protect the children of the gods, his only purpose in life is to deliver them to safety. While I'm with him, I'm drawn to him, but I still can't fight the rising feelings for another.

Cain - the first nephilim, born to the gods and betrayed by a lover that had plans for the universe. The Tablets of Destiny are meant to be rewritten.

Marduk, the king of the universe, is out to destroy me. Can Donovan keep me from dying? Can Cain help me master my powers? Every person I've ever loved, I have lost - but I still can't fight what I feel for either one of them.

Children of Light is book one in the Tablets of Destiny Trilogy, which contains swearing and adult themes (including some spicy scenes). Packed with Sumerian mythology, magic, demons, gods, and a badass FMC - this book is the beginning of Liana's journey to becoming queen of the universe.