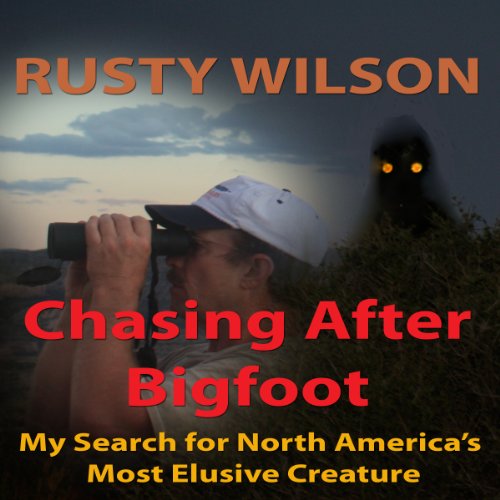 When fly-fishing guide Rusty Wilson decides he's tired of listening to others talk about their Bigfoot stories and instead wants his own encounter, a strange series of events leads him into the wilds of Colorado, Utah, and Wyoming, with an eventual rendezvous in the rugged mountains of Montana.

In the preface of his book, Rusty writes, "I always wondered what it would be like to go searching in places where there have been actual Bigfoot encounters - places I call 'Bigfoot hotspots'. I wanted to see a Bigfoot, but I just couldn't justify intruding into their terrain. I know I wouldn't like someone coming into my territory, purposely searching for me and my family. While thinking about all this (usually while fishing), a thought finally began to take shape: what if I were to go to Bigfoot hotspots and just hang around camp, trying to be as unobtrusive as possible and not tramping into the woods looking for them? Would they maybe come to me from curiosity? Another thought was in the back of my mind - would I be able to find definitive proof of the existence of Bigfoot, something many scoff at or question? And if I did, what would I do with it? I wanted to see one - in a nutshell, meet the elusive creature I'd heard so much about over campfires. So, I decided I would go camping. I would take off for a month and follow my heart, go chasing after the Big Guy - though I can tell you, when I realized my dream could become reality, I was kind of scared. Did I have what it would take to camp in a tent in these Bigfoot hotspots all alone? I wouldn't actually be chasing after Bigfoot - if anything, he'd be chasing after me."

Join Rusty on a wild adventure that will leave you scared to go out in the woods, as well as wishing you were out there - and with the hope that just maybe, Bigfoot will choose you for an encounter.