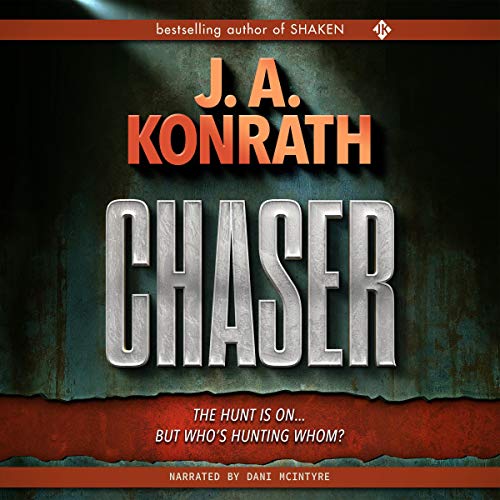 Retired cop Jacqueline "Jack" Daniels and her ex-criminal husband Phineas Troutt have made a lot of enemies over the years. But none worse than The Cowboy, a gunslinging nutcase who wants to slaughter them both, and Hugo Troutt, a gang leader who has been plotting revenge against his younger brother for over a decade.

Separately, these baddies are formidable. Together, they are unstoppable.

But Jack has even more hell to deal with. She and her former partner, private eye Harry McGlade, are in L.A. chasing an insane plastic surgeon who specializes in disfiguring his victims. And Jack's colleague Tom Mankowski has problems of his own with a snuff film auteur named Erinyes.

With four psychopaths on the prowl, Jack, Phin, Harry, and Tom will need to call on some old friends if they hope to get out of LaLa Land alive...

This 13th Jack Daniels novel brings together villains from Konrath's thrillers White Russian, Everybody Dies, and Webcam, along with heroes from Shot of Tequila, The List, What Happened to Lori, and Flee, for the ultimate West Coast showdown.

The hunt is on. But who's hunting whom?

If you are a more sensitive (or adventurous) listener, this handy scale rates specific categories from 1 (lowest) to 10 (highest) to give you some idea if this is your kind of audiobook.