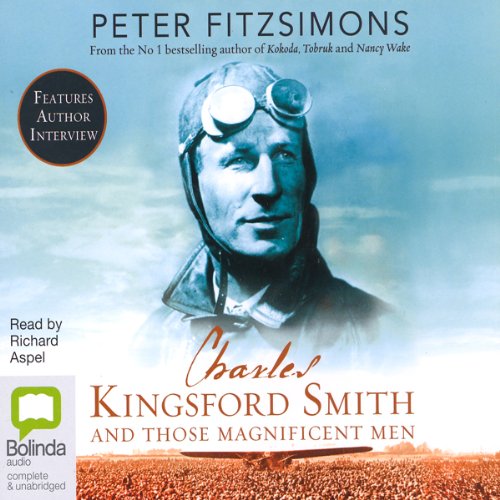 Known to millions of Australians simply as "Smithy", Sir Charles Kingsford Smith was one of Australia's true 20th-century legends. In an era in which aviators were superstars, Smithy was among the greatest and, throughout his amazing career, his fame in Australia was matched only by that of Don Bradman

Among other achievements, Kingsford Smith was the first person to fly across the Pacific. He broke the record for the fastest flight from England to Australia, and at one point he held more long-distance flying records than anyone else on the planet.

If that wasn't enough, Smithy was also a war hero, receiving the Military Cross for gallantry in action after being shot - and losing three toes - during one of many flying missions during World War I. Smithy was not the lone adventurer of the skies. Early aviation drew to it a company of daredevils who all challenged gravity and fear.

This comprehensive biography, written with typical flair by best-selling author Peter FitzSimons, covers the triumphs and tragedies of not only Kingsford Smith's daring and controversial life but also those of his companion aviators.