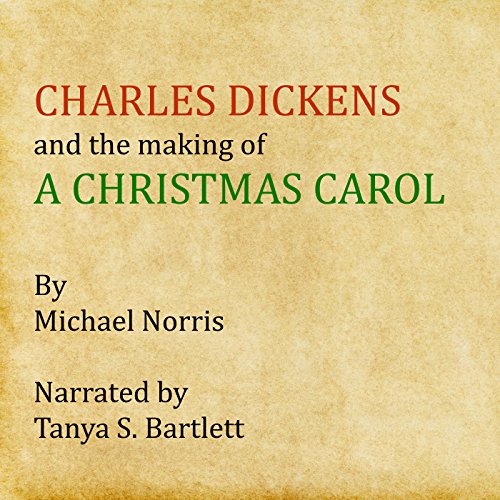 Charles Dickens and the Making of 'A Christmas Carol'

When first published in December of 1843, Charles Dickens's A Christmas Carol was hailed instantly as a masterpiece. Since that time, the work has never been out of print and has been translated into dozens of languages, adapted into countless stage and film versions, and even made into operas and ballets.

In this penetrating study narrated by leading British voice artist Tanya S. Bartlett, Michael Norris tells the complete story behind Dickens' writing of the book. Norris dives deep into his topic to discover the altruistic angels and monetary demons which drove Dickens, the public debates and rancor which informed him, and the terrible childhood memories which both haunted and inspired him.

Here, at last, we have the ideal reader's companion for Dickens' Christmas classic.