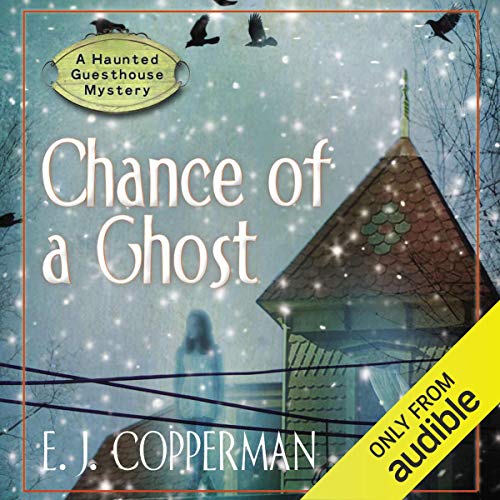 Chance of a Ghost

Chance of a Ghost

Allison Kerby can communicate with ghosts, but her uncanny gift has its price: Allison frequently finds herself in the reluctant role of private investigator for specters seeking supernatural justice. When Allison’s late father - himself among her ghostly guests - suddenly disappears, Allison seeks clues to his whereabouts from her new client, a vindictive and vengeful visitor, his death shrouded in mystery. The ensuing intrigue threatens to make a ghost of Allison herself. Portraying the haunted heroine, actress Amanda Ronconi is animated and amiable, emphasizing Allison’s role as a caring, compassionate mother. Indeed, Allison is very much a family woman, even if her family is full of phantoms. Nevertheless, as Allison plunges into a plight of peril, Ronconi strikes an increasingly tremulous tone, rife with raw urgency.

Alison Kerby’s guesthouse is haunted all year round. Surviving the dead of winter, though? That’s a spooky proposition. Even with a blizzard bearing down on New Jersey, Alison can count on at least two guests—Paul and Maxie, the stubborn ghosts who share her shore town inn. Then there’s her widowed mother, who hasn’t just been seeing ghosts, she’s been secretly dating one: Alison’s father. But when he stands her up three times in a row, something’s wrong. Is he a lost soul…or a missing apparition? Their only lead is an overdramatic spirit—stage name Lawrence Laurentz—who doesn’t take direction well and won’t talk until they find his killer. Alison will reluctantly play the part of PI, but when the clues take a sinister turn, the writing is on the wall: If Alison can’t keep a level head, this will be her father’s final act—and maybe her own.