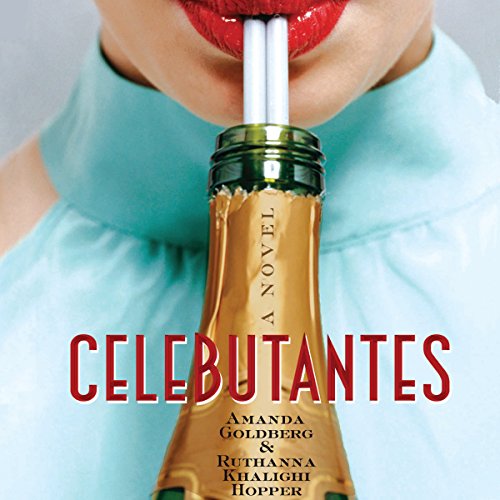 Lola Santisi is a 26-year-old member of Hollywood Royalty (Papa's vying for Best Director Oscar number two, and Mom's a fixture at The Ivy). She suffers from "actorholism" (a fatal addiction to dating hunky actors) and CDD (Career Deficit Disorder, an epidemic among children of Hollywood Royalty).

Her latest gig as a Hollywood ambassador means she's been engaging in L.A.'s cruelest blood sport: trying to persuade celebrities to wear a certain designer's gown to the Oscars. Her best friend Kate is an ambitious Hollywood talent agent desperate to move from the B-list to the uber-list. Together with their other friend, Cricket (an actress best known for her role as "lead coma victim"), they navigate the real action leading up to the Oscars: the swag parties, the social maneuvering, the aura cleansing, and the soirees, and the hottest of all exclusive after-Oscars invites: the Vanity Fair party.

" Celebutantes is a witty, incisive, under-the-sheets look at the chaos that is Oscar week. I loved it." (Jackie Collins)
"An irreverent satire on Hollywood celebrity, delivered with a keep eye for the absurd, Celebutantes is a wise and witty page-turner." (Arianna Huffington)
"Two daughters of Hollywood...take us through the Oscar rituals of that mad and magical week with all the inside knowledge that they have grown up knowing. They are remarkably adroit and witty storytellers." (Dominick Dunne)