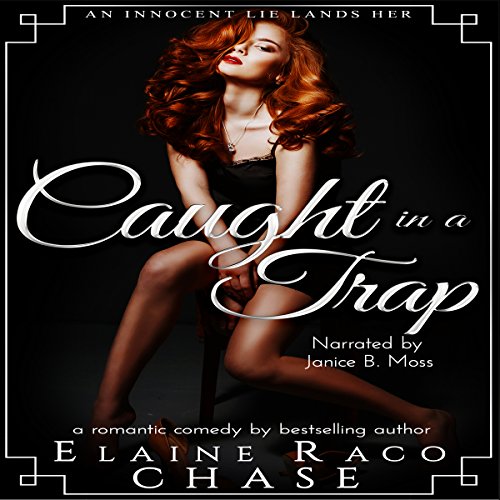 Caught in a Trap (Romantic Comedy)

She invented him! At least she thought she had!

Kit Forrester lived a life of lies - so what was one more? When her first vacation ever sank like the Titanic - she couldn't tell her friends THAT! So she did what she always did: She lied. And told everyone about her fabulous five-day cruise. Her days of fun in the sun and moonlit nights with the man of her dreams - Rafe Morgan, tall, handsome, incredibly sexy and successful. And well, now they were engaged! There was just one six-foot-two, 230-pound problem - Rafe Morgan did exist, and he wanted answers.

Retired Navy SEAL and Texas business tycoon Rafe Morgan was sure he was being set up by his suddenly acquired fiancee. He had spent 20 years in the navy and was trained to handle anything - until he came up against one volatile New York redhead with wicked curves and the world's hardest ass! And then he saw her sex lair and was more than willing to be Caught in a Trap. And to set one of his own!

Content warning: This book is intended for mature adult readers (18+) who are not offended by profanity and explicit sex scenes. While this is a romantic comedy, some readers may find some subject matter difficult to read - unfortunately such events are true. Spoiler alert: Please be advised that no comic books, superheroes, duct tape, handcuffs, ropes, or chocolate milk were harmed during the writing of this novel.