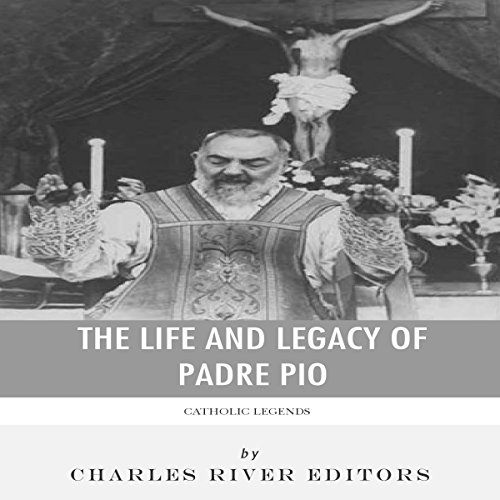 Catholic Legends: The Life and Legacy of Padre Pio

Catholic Legends: The Life and Legacy of Padre Pio

Francesco Forgione might be a name lost to history, but over the course of his life, he became one of Catholicism's most well-known figures during the 20th century as Padre Pio. It was a remarkable path for a man who was legendarily afflicted by a series of illnesses and most famously bore the stigmata, very noticeably bearing what appeared to be the crucifixion wounds Jesus's hands suffered. Padre Pio was also known for his eccentricities, including unique forms of deep meditation and experiencing visions.

Not surprisingly, despite all the spiritual work Padre Pio did, he was the subject of substantial controversy during his own life. And though he has been venerated as Saint Pio of Pietrelcina by the Catholic Church, critics have all but called him a fraud. Catholic Legends: The Life and Legacy of Padre Pio details the remarkable life Padre Pio lived while covering the controversies that continue to resonate today.