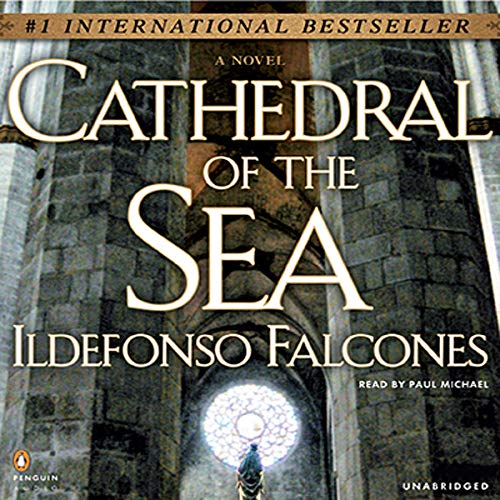 Cathedral of the Sea

Cathedral of the Sea follows the fortunes of the Estanyol family, from their peasant roots to a son, Arnau, who flees the land only to realize spectacular wealth and devastating problems. During Arnau's lifetime Barcelona becomes a city of light and darkness, dominated by the construction of the city's great pride - the cathedral of Santa Maria del Mar - and by its shame, the deadly Inquisition. As a young man, Arnau joins the powerful guild of stone-workers and helps to build the church with his own hands, while his best friend and adopted brother Joan studies to become a priest. When Arnau, who secretly loves a forbidden Jewish woman named Mar, is betrayed and hauled before the Inquisitor, he finds himself faceto-face with his own brother. Will he lose his life just as his beloved Cathedral of the Sea is finally completed?

“The passion and heartache, as well as the grit and grime, of medieval Spain come alive.... This epic novel...twists and turns through war, women and the Spanish Inquisition...[A] saga filled with colorful characters...[A] fantastic 14th-century fresco.” (USA Today)

“[It’s] soap opera on a grand scale, made believable and enthralling by the inclusion of the commonplace brutalities and small compassions of life in medieval Barcelona. Watching Arnau’s rise from literal rags to riches is frequently like watching a series of train wrecks; you’re horrified but can’t look away...[The] plot...is so beautifully structured that the last sixty pages detonate like a string of firecrackers...[The] prose is powerful...Falcones has an eye for the singular, telling detail, and…his characters are...believable...[A] riveting story.” (The Washington Post)