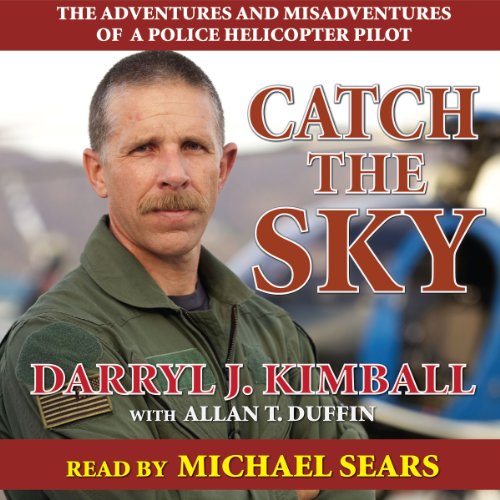 Darryl Kimball always wanted to fly. This is the story of how he accomplished his dream. It's the story of how a small town country boy found his way to San Diego, California, and eventually into the helicopter unit of one of the largest sheriff's departments in the country. In many ways it's a success story, a story of perseverance -- one that says that when the odds seem to be stacked against you, or when your mind tells you you're not smart enough or good enough, or tells you to quit and go home, you don't listen. You stick it out, you move forward . . . and you persevere.

As a helicopter pilot with the elite air support unit of the San Diego Sheriff's Department, Darryl Kimball has hunted for missing children, extracted captured drugs and other contraband out of cramped locations, medevac'd injured hikers from valleys thick with boulders and brush, directed deputies during gun battles, and tracked carjackers as they tried to escape pursuing officers through heavy freeway traffic.

Catch the Sky is the first in-depth look at the life of a police helicopter pilot. Kimball pulls no punches, unfolding his nail-biting personal story in enthralling detail. From death-defying rescues to stories both bizarre and humorous, Catch the Sky puts you inside the helicopter cockpit for a breathtaking ride you'll never forget.

a nice read, interesting book. really loved to hear it. the author also seems to be a pretty nice guy :)