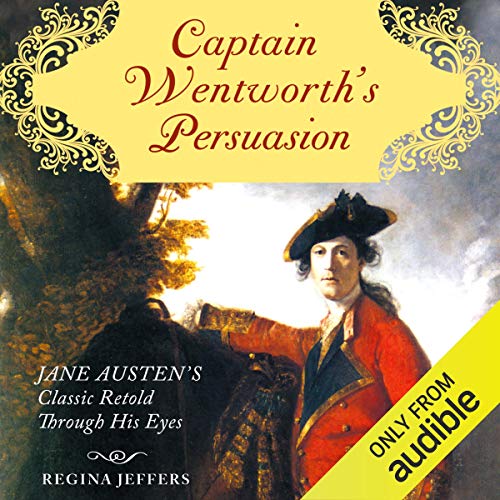 Wentworth initially suffers rejection and frustration because the titled Elliots do not consider him good enough for their daughter Anne. Despite her feelings for Wentworth, Anne allows others to persuade her to break off their engagement. Eight years later, when Wentworth returns from fighting against Napoleon's army, the difficult years of war have reversed fortunes. Now it is he who is rich, having won many prizes in battle, while the Elliots are deeply in debt and in danger of losing their good name.

Will Wentworth seek revenge by choosing another woman over his former love? Can he walk away from Anne, or will the memory of her lips and her touch capture his love once again?

silly, smarmy, inconsistent - simply embarrassing. Especially the pseudo history. Shudder!!
unfortunately I couldn't return it because it is not true that you can exchange any book as audible claims.