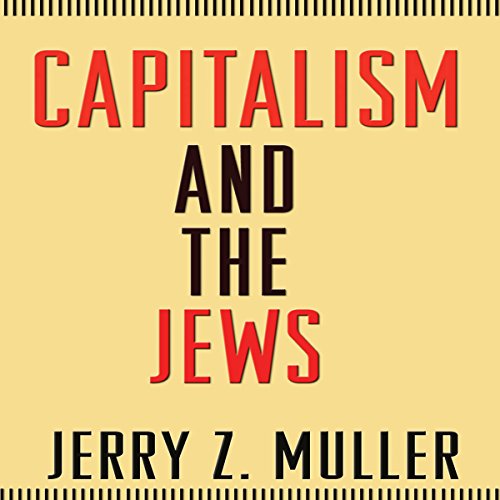 Capitalism and the Jews

Capitalism and the Jews

The unique historical relationship between capitalism and the Jews is crucial to understanding modern European and Jewish history. But the subject has been addressed less often by mainstream historians than by anti-Semites or apologists. In this book Jerry Muller, a leading historian of capitalism, separates myth from reality to explain why the Jewish experience with capitalism has been so important and complex - and so ambivalent.

Drawing on economic, social, political, and intellectual history from medieval Europe through contemporary America and Israel, Capitalism and the Jews examines the ways in which thinking about capitalism and thinking about the Jews have gone hand in hand in European thought, and why anticapitalism and anti-Semitism have frequently been linked. The book explains why Jews have tended to be disproportionately successful in capitalist societies, but also why Jews have numbered among the fiercest anticapitalists and Communists. The book shows how the ancient idea that money was unproductive led from the stigmatization of usury and the Jews to the stigmatization of finance and, ultimately, in Marxism, the stigmatization of capitalism itself. Finally, the book traces how the traditional status of the Jews as a diasporic merchant minority both encouraged their economic success and made them particularly vulnerable to the ethnic nationalism of the 19th and 20th centuries.

"Muller provides a refreshingly frank account of the major role of Jews on both sides of capitalism's ideological barricades. His brisk and lively book is a welcome sign that historians are moving beyond a stale preoccupation with challenging stereotypes, and are now more willing to engage candidly and directly with the economic dimension of Jewish history." (Jewish Quarterly)
"Muller is keen to rescue from apologists, ideologues, and anti-Semites the exploration of what he describes as the Jews' 'special relationship' with capitalism.... This book is both scholarly and speculative, analysing the sociology and the anti-Semitic pseudo-sociology of the Jews' participation in capitalism. It will not be the last word on the subject, but it is a genuine contribution to it." (New Statesman)
"A work of intellectual history.... Muller is acutely aware of the irony that Jews have been attacked sometimes for being the quintessence of capitalism and sometimes for being the quintessence of anticapitalism. The merit of his book is that it takes seriously the need to understand how historical circumstances bring this about." (Moment magazine)