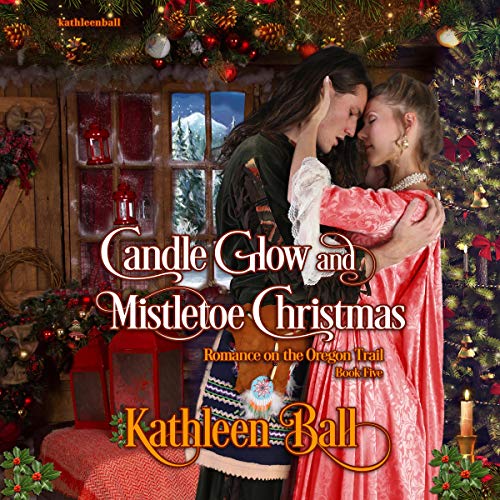 Christmas in Oregon is like no other. It’s full of love and danger, heart-wrenching twists and turns, and pause-resisting excitement. The tender romance is inspiring and heartfelt.

The characters of love on the romance trail are nine years older. Great strides are been made, families grow and the romance continues.

Swift Eagle struggles through extreme snow to make it to the ranch. He needs to see his dear friend, Luella before he moves on. He has decided that marriage is not for him and he’s going to Canada where he can still hunt and live a peaceful life.

Rhetta is 19 and has been told she wasn’t a decent, acceptable person because she was captured by Indians when she was 10-years-old and lived with them for less than a year. She is somehow considered tainted. She makes a life for herself on the ranch, hunting, fishing, camping, and she is most comfortable in her buckskins.

But something strange happens; she can feel Swift Eagle even when he’s not with her. It warms her and frightens her at the same time. She knows he’s leaving but she can’t stop her attraction to him.

This Christian historical western is chocked full of action and anticipation. There’s a kidnapping, a shooting, major snow storms, and of course both Swift Eagle and Rhetta ignore the attraction between them. Swift Eagle plans to move on and Rhetta sadly knows she’ll never be a bride.

Everything looks better in candle glow and feels better standing under the mistletoe.