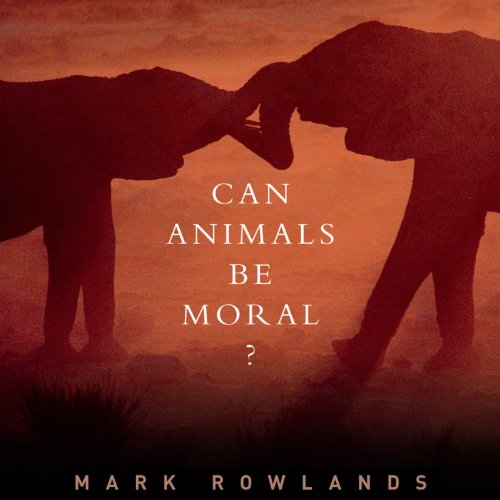 Can Animals Be Moral?

Can Animals Be Moral?

From eye-witness accounts of elephants apparently mourning the death of family members to an experiment that showed that hungry rhesus monkeys would not take food if doing so gave another monkey an electric shock, there is much evidence of animals displaying what seem to be moral feelings. But despite such suggestive evidence, philosophers steadfastly deny that animals can act morally, and for reasons that virtually everyone has found convincing.

In Can Animals be Moral?, philosopher Mark Rowlands examines the reasoning of philosophers and scientists on this question - ranging from Aristotle and Kant to Hume and Darwin - and reveals that their arguments fall far short of compelling. The basic argument against moral behavior in animals is that humans have capabilities that animals lack. We can reflect on our motivations, formulate abstract principles that allow that allow us to judge right from wrong. For an actor to be moral, he or she must be able scrutinize their motivations and actions. No animal can do these things - no animal is moral. Rowland naturally agrees that humans possess a moral consciousness that no animal can rival, but he argues that it is not necessary for an individual to have the ability to reflect on his or her motives to be moral. Animals can't do all that we can do, but they can act on the basis of some moral reasons - basic moral reasons involving concern for others. And when they do this, they are doing just what we do when we act on the basis of these reasons: They are acting morally.