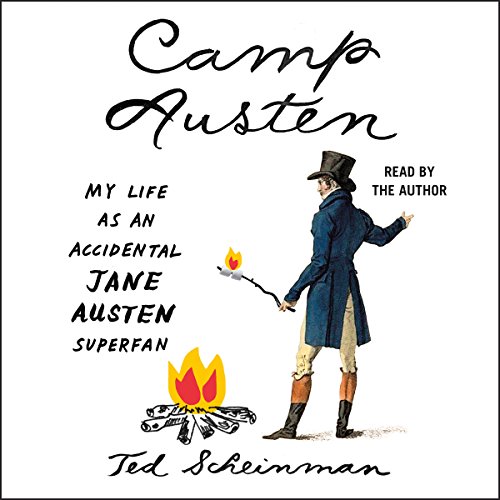 The son of a devoted Jane Austen scholar, Ted Scheinman spent his childhood summers eating Yorkshire pudding, singing in an Anglican choir, and watching Laurence Olivier as Mr. Darcy. Determined to leave his mother’s world behind, he nonetheless found himself in grad school organizing the first ever UNC-Chapel Hill Jane Austen Summer Camp, a weekend-long event that sits somewhere between an academic conference and superfan extravaganza.

While the long tradition of Austen devotees includes the likes of Henry James and E. M. Forster, it is at the conferences and reenactments where Janeism truly lives. In Camp Austen, Scheinman tells the story of his indoctrination into this enthusiastic world and his struggle to shake his mother’s influence while navigating hasty theatrical adaptations, undaunted scholars in cravats, and unseemly petticoat fittings. In a haze of morning crumpets and restrictive tights, Scheinman delivers a hilarious and poignant survey of one of the most enduring and passionate literary coteries in history.

Combining clandestine journalism with frank memoir, academic savvy with insider knowledge, Camp Austen is perhaps the most comprehensive study of Austen that can also be heard in a single sitting. Brimming with stockings, culinary etiquette, and scandalous dance partners, this is summer camp like you’ve never seen it before.