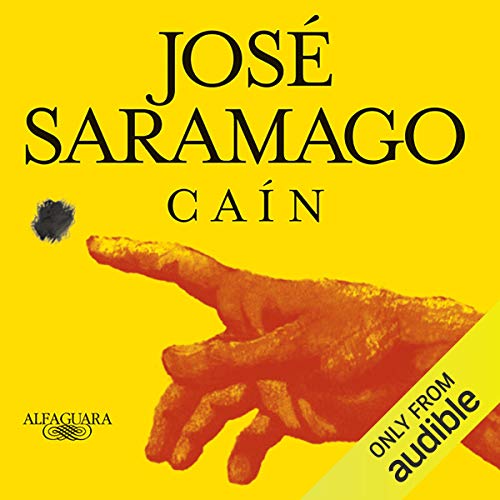 The late Nobel laureate's final novel, a radical retelling of the Old Testament.

In this, his last novel, Saramago daringly reimagines the characters and narratives of the Bible through the story of Cain. Condemned to wander forever after he kills Abel, he is whisked around in time and space. He experiences the almost-sacrifice of Isaac by Abraham, the Tower of Babel, the destruction of Sodom and Gomorrah, Joshua at the battle of Jericho, Jobe's ordeal, and finally Noah's ark and the Flood. And over and over again Cain encounters an unjust, even cruel God. A startling, beautifully written, and powerful book, in all ways a fitting end to Saramago's extraordinary career.

"Reading the Portuguese writer Jose Saramago, one quickly senses the presence of a master." (Christian Science Monitor)
"Saramago is the most tender of writers...with a clear-eyed and compassionate acknowledgment of things as they are, and a quality that can only be termed wisdom." (New York Times)
"Narrator Kevin Pariseau is the perfect choice to deliver this book. His dry reading style is in perfect harmony with the author's droll humor. Pariseau uses variations in tone and pitch to differentiate the characters, which helps the listener follow the extensive cast introduced throughout. While the pace of the prose is fast, the audio journey is carefully managed, so the narration is never rushed." (AudioFile)