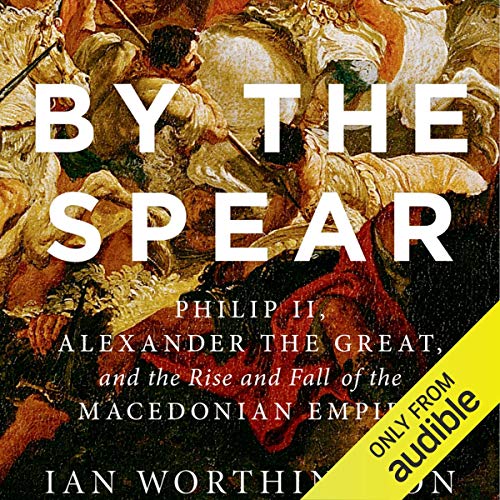 Alexander the Great, arguably the most exciting figure from antiquity, waged war as a Homeric hero and lived as one, conquering native peoples and territories on a superhuman scale. From the time he invaded Asia in 334 to his death in 323, he expanded the Macedonian empire from Greece in the west to Asia Minor, the Levant, Egypt, Central Asia and "India" (Pakistan and Kashmir) in the east. Although many other kings and generals forged empires, Alexander produced one that was without parallel, even if it was short-lived. And yet, Alexander could not have achieved what he did without the accomplishments of his father, Philip II (r. 359-336). It was Philip who truly changed the course of Macedonian history, transforming a weak, disunited, and economically backward kingdom into a military powerhouse. A warrior king par excellence, Philip left Alexander with the greatest army in the Greek world, a centralized monarchy, economic prosperity, and a plan to invade Asia. For the first time, By the Spear offers an exhilarating military narrative of the reigns of these two larger-than-life figures in one volume. Ian Worthington gives full breadth to the careers of father and son, showing how Philip was the architect of the Macedonian empire, which reached its zenith under Alexander, only to disintegrate upon his death. By the Spear also explores the impact of Greek culture in the East, as Macedonian armies became avatars of social and cultural change in lands far removed from the traditional sphere of Greek influence. In addition, the book discusses the problems Alexander faced in dealing with a diverse subject population and the strategies he took to what might be called nation building, all of which shed light on contemporary events in culturally dissimilar regions of the world. The result is a gripping and unparalleled account of the role these kings played in creating a vast empire and the enduring legacy they left behind.