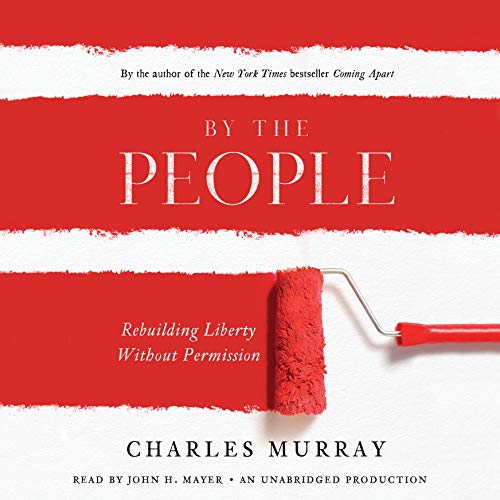 The American way of life, built on individual liberty and limited government, is on life support.

American freedom is being gutted. Whether we are trying to run businesses, practice vocations, raise our families, cooperate with our neighbors, or follow our religious beliefs, we run afoul of the government - not because we are doing anything wrong but because the government has decided it knows better. When we object, that government can and does tell us, "Try to fight this, and we'll ruin you."

In this provocative book, acclaimed social scientist and best-selling author Charles Murray shows us why we can no longer hope to roll back the power of the federal government through the normal political process. The Constitution is broken in ways that cannot be fixed even by a sympathetic Supreme Court. Our legal system is increasingly lawless, unmoored from traditional ideas of "the rule of law." The legislative process has become systemically corrupt no matter which party is in control.

But there's good news beyond the Beltway. Technology is siphoning power from sclerotic government agencies and putting it in the hands of individuals and communities. The rediversification of American culture is making local freedom attractive to liberals as well as conservatives. People across the political spectrum are increasingly alienated from a regulatory state that nakedly serves its own interests rather than those of ordinary Americans.

The even better news is that federal government has a fatal weakness: It can get away with its thousands of laws and regulations only if the overwhelming majority of Americans voluntarily comply with them. Murray describes how civil disobedience backstopped by legal defense funds can make large portions of the 180,000-page Federal Code of Regulations unenforceable through a targeted program that identifies regulations that arbitrarily and capriciously tell us what to do.

The regulatory state really threatens the freedom of its citizens by bureaucracy. A "grand defense fund" could help regain power to the people on the legal way. Yes, it could work.