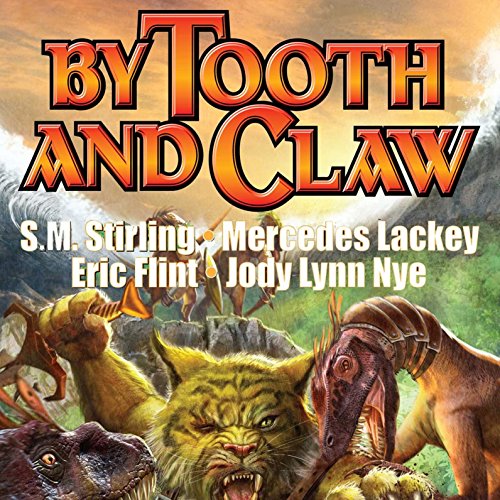 By Tooth and Claw

After the extinction asteroid does not strike Earth, the dinosaurs keep evolving - but so do the mammals. We mammals have achieved humanlike shapes, but now it's cold-blooded, magic-using reptiles against the hot-blooded, hot-tempered descendants of cats. In a heroic, Bronze Age world similar to 300, the Mrem Clans expand their rough-and-tumble territory, but now they face the Lishkash, reptilian masters of a cold-blooded empire of slave armies and magic. It's mammalian courage and adaptation against reptile cunning in a clash of steel and will that determine who shall inherit the Earth.

Exiled Series - Exiled: Clan of the Claw; By Tooth and Claw