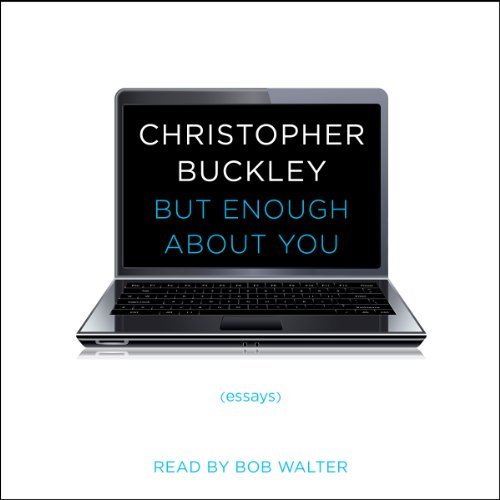 But Enough About You

Christopher Buckley at his best: an extraordinary, wide-ranging selection of essays both hilarious and poignant, irreverent and delightful.

In his first book of essays since his 1997 best seller, Wry Martinis, Buckley delivers a rare combination of big ideas and truly fun writing. Tackling subjects ranging from “How to Teach Your Four-Year-Old to Ski” to “A Short History of the Bug Zapper,” and “The Art of Sacking” to literary friendships with Joseph Heller and Christopher Hitchens, he is at once a humorous storyteller, astute cultural critic, adventurous traveler, and irreverent historian.

Listening to these essays is the equivalent of being in the company of a tremendously witty and enlightening companion. Praised as “both deeply informed and deeply funny” by The Wall Street Journal, Buckley will have you laughing and reflecting in equal measure.

Das sagen andere Hörer zu But Enough About You