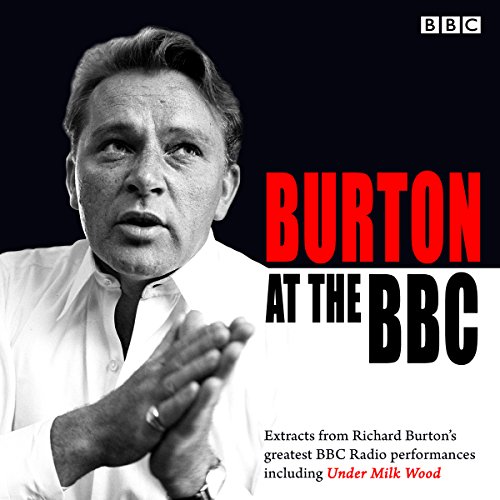 Burton at the BBC

Burton at the BBC

Highlights from Richard Burton's finest BBC radio performances from the 1940s to the 1980s.

Richard Burton was one of the most famous British actors of the twentieth century, renowned for his magical, mellifluous voice. Before Hollywood tempted him away, he worked frequently for the BBC and many of his most electrifying performances were recorded there.

This classic compilation features some of the very best of Burton, including his very first radio role in The Corn is Green; the heroic Roland in The Dark Tower; the apocalyptic poem 'Fire and Ice'; Henry V on the eve of Agincourt; the spine-tingling Under Milk Wood and the poignant In Parenthesis. Also included is the complete recording of Emlyn Williams' suspenseful thriller Night Must Fall.

In addition, there are extracts from interviews in which Burton talks about Dylan Thomas, his love of rugby, his deepest ambition and his own feelings about his incomparable voice.

Whether performing Shakespeare, reading Robert Frost or simply talking about his life and career, Burton is never less than compelling, and this unique anthology is a superb tribute to one of the great icons of stage and screen.