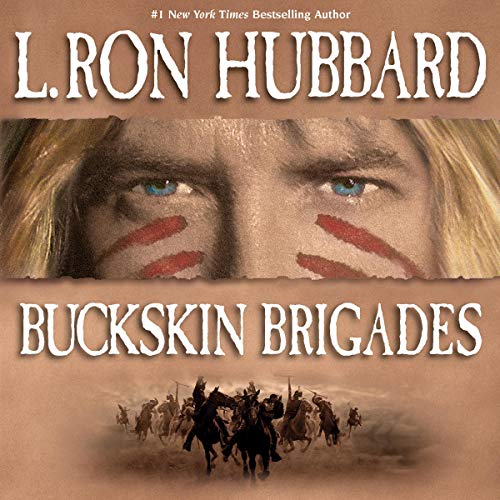 It’s 1806. A young republic just three decades old - the United States of America - is about to make a great push westward, across the Mississippi, into a wild, beautiful, and dangerous land. A territory of towering mountains and violent waters, of icy glaciers and searing deserts. The great northwest.

It is a time and a place where fortunes will be made, destinies will be revealed, and legends will rise.

Buckskin Brigades is the epic saga of one such legend. They call him Yellow Hair, a white man raised by Blackfeet Indians who has vowed to defend his adopted land and people against the onslaught from the east.

Spurred by their greed and renowned for their ruthlessness, fur traders have already crossed into the forbidden hunting grounds of the Blackfeet. Now Yellow Hair must undertake a treacherous adventure across a vast uncharted wilderness to face an unrelenting enemy.

Filled with action, passion, and drama, Buckskin Brigades is a panoramic journey across the pages of American history - the story of a proud, courageous man pushed to the limits of endurance, and of a country on the threshold of a bloody conflict that will change it forever.

“Mr. Hubbard has reversed a time-honored formula and has given a thriller to which, at the end of every chapter or so, another paleface bites the dust....[has] an enthusiasm, even a freshness and sparkle, decidedly rare in this type of romance.” (New York Times)

©1987, 2006 and (P)1992 L. Ron Hubbard Library. All Rights Reserved. Any unauthorized copying, translation, duplication, importation or distribution, in whole or in part, by any means, including electronic copying, storage or transmission, is a violation of applicable laws.