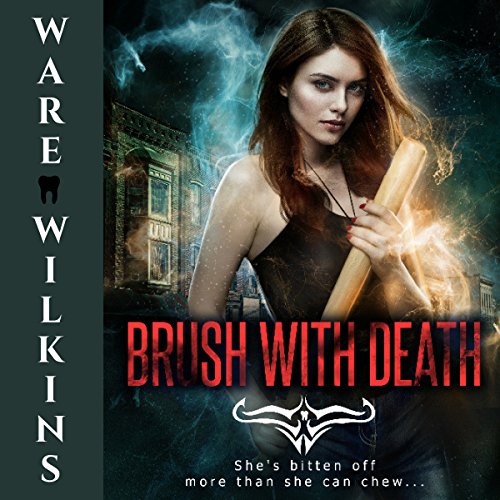 All Sadie Salt ever wanted was to make smiles whiter...and to track down the creature that murdered her parents. She spends her days as a dental assistant to the humans in her small town of Grimloch and her nights doctoring to its, well, not-so-human residents.

Unfortunately, the nightlife doesn't know how to stay in the shadows where it belongs. Sadie's working tirelessly to pay off a nasty debt to a fairy she doesn't want to cross, coping with magic she can't use, and dreaming of a relationship with the local Sheriff - not that that's going to happen.

But when a corpse turns up in her apartment, Sadie's dragged deeper into a world where wielding a scraper and a water pick does more harm than good. Her past is coming back to haunt her in a bad way, and she's suddenly closer to her parent's killer than expected. With a vampire keeping tabs on her and a best friend whose predictions rarely hit the mark, Sadie's discovering revenge is more muddled than she expected.

Will she be able to clean up the mess before someone tries to scrub her out permanently?