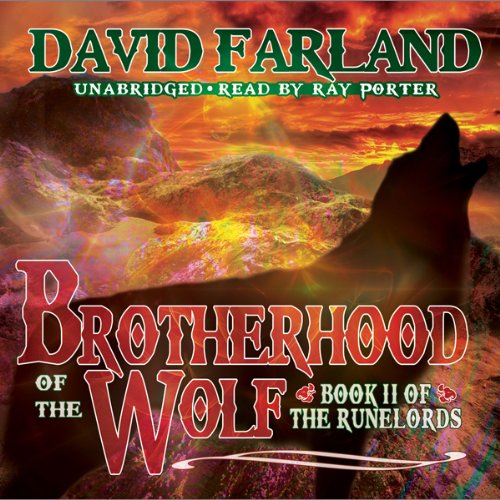 Brotherhood of the Wolf

Brotherhood of the Wolf

David Farland delivers the second in his high fantasy Runelords series, featuring a complex system of magic and a wondrous, expertly realized world.

Raj Ahten, ruler of Indhopal, has used enough forcibles to transform himself into the ultimate warrior: the Sum of All Men. Ahten seeks to bring all of humanity under his rule, destroying anyone in his path. But young Prince Gaborn has fulfilled a 2000-year-old prophecy and become the Earth King, a mythic figure who can unleash the forces of the Earth itself. He has managed to drive off Raj Ahten, but Ahten is far from defeated.

Striking at far-flung cities and fortresses, Ahten seeks to draw out the Earth King from his seat of power and to crush him. But as they weaken each other's forces in battle, the armies of an ancient and implacable inhuman enemy issue forth from the very bowels of the Earth.