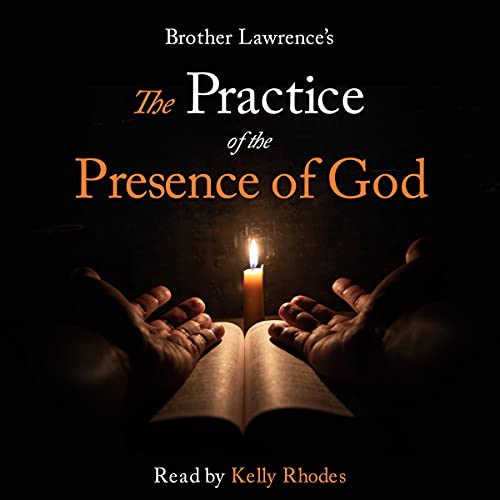 The Practice of the Presence of God is a book of collected teachings of Brother Lawrence (born Nicolas Herman), a 17th-century Carmelite friar, compiled by Father Joseph de Beaufort. The compilation includes letters, as well as records of his conversations kept by Brother Lawrence's interlocutors. The basic theme of the book is the development of an awareness of the presence of God. This collection of conversations and letters of Brother Lawrence, born Nicholas Herman, describe his daily habits in developing his relationship with an almighty being, God. Lawrence describes his spiritual journey from the time of his conversion, at 18, to just days before his death. He admonishes any person interested in an authentic religious experience to seek God continuously. If one does this, one attains a consistent relationship with God. Attitudes such as selfless love and attention to detail evidence such a relationship.

Brother Lawrence sees God as his father, his friend, his judge, and his king, among other things. Each of these personifications of God arises at different points of Lawrence's life and spiritual journey. Contrary to spiritual advisors of his time, Lawrence advises devotees to seek God continually and simply, not using repetitive prayers at assigned times only. Secular activities sometimes distract one from one's desired devotion, but years of constant applications and confessions eventually bring one to a place of living in the presence of God.

In his letters, Brother Lawrence writes to other members of clergy, advising them and describing for them his daily habits that lead to his personal relationship with God. However, one realizes that Lawrence intends this prescription for people of any lifestyle, not just clergy. To prove this point, he includes instructions to a young solider, who Lawrence advises to seek God for safety. He also admonishes the young soldier to keep his love for people below his love for God.

Brother Lawrence lives his life in humility, imploring those to whom he writes never to share his letters. He feels that his level of spiritual attainment lies in waiting for anyone who shows a proper life of devotion in all things.