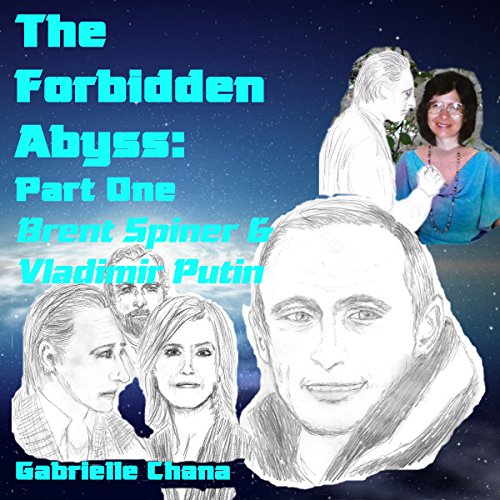 The truth about the real Brent Spiner and Vladimir Putin that you will never hear in Jesuit News (i.e. CNN, MSNBC, FOX, BBC, etc.).

Nobody should vote in the US Presidential election (2016) without listening to this book. This book shows the heart of the real Vladimir Putin, who is nothing like how Jesuit News portrays him to the world. Knowing the truth will set us free. How a presidential candidate handles Vladimir Putin exposes their stance on the Jesuit Order, which, in turn, exposes whether they are a Jesuit patsy or a courageous leader. This books reveals that Vladimir Putin is the strongest anti-Jesuit world leader in the world today, simply because he is in love with the woman the Jesuits fear the most: Gail Chord Schuler. The extent to which Jesuits will go to bring down Gail Chord Schuler, Brent Spiner, and Vladimir Putin will blow you away in this horrifying, yet fascinating, true story.

This is the first half of the very long book, The Forbidden Abyss: Part One, and covers the history of Brent Spiner and Vladimir Putin from 1990 to 2012.