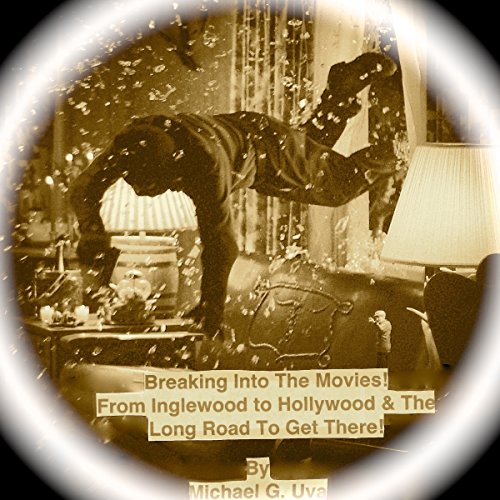 Breaking into the Movies! From Inglewood to Hollywood!: What Really Happens Behind the Lights and the Long Road to Get There!

Breaking into the Movies! It is the humorous (true) story of the life of a kid from Inglewood California, who made it up the food chain to become a world famous motion picture key grip! Michael G. Uva is the author of the world-renowned, Grip Book! (also known as The Grip Bible, now in its fifth edition). Why it's even been translated into Korean. Funny thing is, Mike can't spell or type, nor does he have any command of the English language. None of that has held him back.

Actually not much holds him back. Not even a one half inch shorter left leg, courtesy of a motorcycle jumping accident while serving eight years in the Marines. After his medical discharge, he became a licensed FAA aircraft mechanic at LAX in California. He later became a state licensed building contractor in California and then became a pretty famous motion-picture key grip in the film industry. Then he decided to author a book. It did well. Then he decided to teach a UCLA extension course. He has been there, seen that, and broke it...all by himself.

But you may have never heard of any of the things that he has been part of, spied from behind the movie lights, all closely held and guarded set secrets - until now. He's worked with the Lone Ranger, Elvira, Val Kilmer, Al Pacino, and a few really famous people as well.

Why would he give away these secrets you ask? I posed that very question to Mike myself. "Mike, why give away all these secrets that you have had tucked away, upstairs, for over 35 years?" His answer was quite simple:"Ah... What?" (He's a grip!) I rewrote the question, "Why now?" His amazing answer: "It's time!" (I reiterate - he's a grip!) There you have it folks, literally straight from the horse's mouth...or the bull's end! You will just have to listen and decide for yourselves.

Das sagen andere Hörer zu Breaking into the Movies! From Inglewood to Hollywood!: What Really Happens Behind the Lights and the Long Road to Get There!