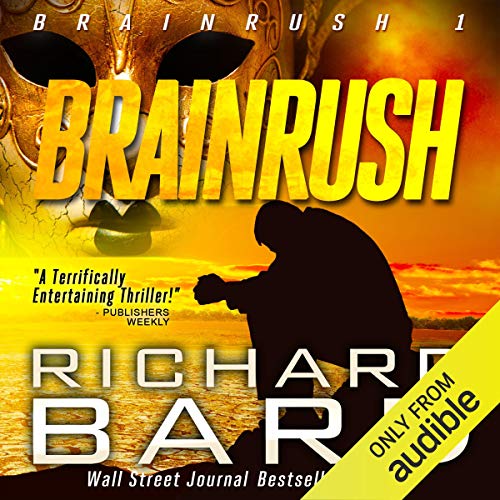 Listed in the Wall Street Journal as the number-one Bestselling Action/Adventure in their "Readers Guide to Self-Published Big Sellers" (December 9, 2011).

When terminally ill combat pilot Jake Bronson emerges from an MRI with extraordinary cognitive powers, everyone wants a piece of his talent - including Battista, one of the world's most dangerous terrorists. To save his love and her autistic child, Jake is thrust into a deadly chase that leads from the canals of Venice through Monte Carlo and finally to an ancient cavern in the Hindu Kush Mountains of Afghanistan - where Jake discovers that his newfound talents carry a hidden price that threatens the entire human race.

An original weave of current events bound by colorful locations and cutting-edge technology, Bard's novel is a must-listen for fans of Michael Crichton, James Rollins, Clive Cussler, and Brad Thor. A dynamic mix of fast-paced action and thought provoking soul, this book challenges the listener to keep pace with every sharp turn and shocking twist. Acclaimed by fans of action, sci-fi, and political thrillers alike, Brainrush is one of the most innovative and entertaining books of the year.

Brainrush was in the top 10 of the Amazon-USA Top-Rated List for over four months straight. The sequel, Brainrush II, The Enemy of My Enemy, was released in December 2011 to rave reviews. Within a few weeks it became the number-one Top-Rated Action/Adventure on Amazon.