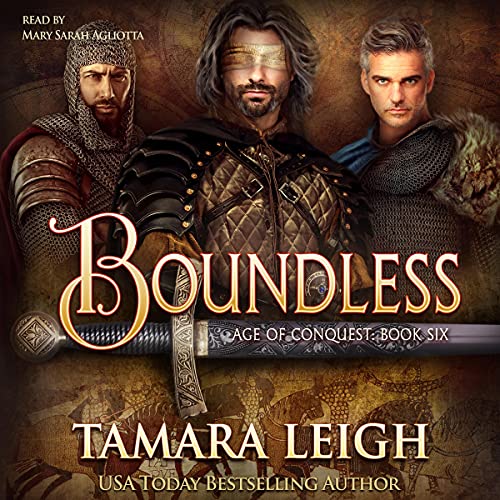 The Wulfriths. It all began with a woman.

A battle. A crown. The conqueror. The conquered. Medieval England - forever changed by the Battle of Hastings. And the rise of the formidable Wulfriths.

Deceit wrapped in something sweet.

After aiding the English resistance who once more fail to reclaim their country from the invaders, Lady Marguerite returns home to Scotland in the aftermath of William the Conqueror’s harrying of the North - and does not come alone. Accompanying the Sparrow of King Malcolm’s Court is a warrior mistakenly believed her enemy, the price for which may be his irreparable loss of sight. Burdened by having laid the trap for a man she regrets not recognizing sooner, and strangely drawn to him, she determines she will be the one to tend this Norman. But that is possible only if he does not learn she is responsible for what could strip the warrior from him. When her deception is unveiled, will he reject what he has come to feel for her? When he leaves, will he take her heart with him?

A warrior cast in shadows deep.

Gifted with a sense beyond the natural, which has made life seem more a sport than a battle, Sir Theriot D’Argent counts himself favored by God - until the night he aids villagers attacked by his fellow Normans and a good deed turns tragic. Stricken blind, his world reduced to shadows amid clouded light, he finds himself a prisoner of the King of Scotland and in the care of a lady whose voice and touch disturb as much as the belief her secrets are not hers alone. Will his sight be restored? Or is this divine punishment for aiding in England’s conquest? And what is he to do with feelings for the one whose trap ensnared him? Even were it possible to forgive her for a life cruelly altered, he would be a burden - and a danger for being unable to protect the lady from her murderous kin.

From Northern England to the Scotland of King Malcolm, the tale of Sir Theriot D’Argent and Lady Marguerite unfolds in the sixth book in the Age of Conquest series revealing the origins of the Wulfriths of the best-selling Age of Faith series. Watch for Lawless: Book Seven releasing Spring 2021.