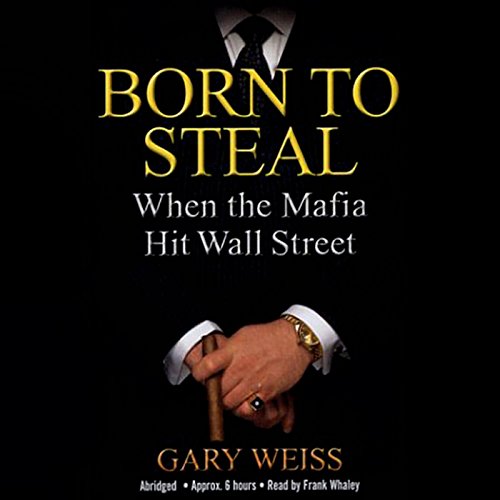 This is the astounding, true story of the rise and fall of a fast-talking stock hustler, as well as a shocking portrait of the insidious ways the Mob infiltrates and fleeces Wall Street. From outrageous scams to out-of-control strip-club parties, Born to Steal takes you inside the lives of brash young men who flaunt their ignorance of stocks, bonds, and PE ratios even as they become the perfect foot soldiers in a vast campaign to separate honest people from their money.

Trading his jeans and T-shirt for a $90 suit, Louis Pasciuto arrived on Wall Street in 1992 to join a "chop house," a crooked brokerage firm set up by a charismatic Mob-connected overlord. Working out of seventeen brokerage firms, Louis sold often worthless or nonexistent stocks to gullible retirees right under the nose of financial regulators. Stuffing his money into a mayonnaise jar - because he didn't have a clue how to invest it - he was quickly making thousands of dollars a day, and ready to strike out on his own. But a shark wanted a piece of Louis's action. Enter Charlie Ricottone, a mobster straight out of The Sopranos, who pummeled people in public, painted his bald spot in private, and was just the advance guard of a money-hungry army of wiseguys.