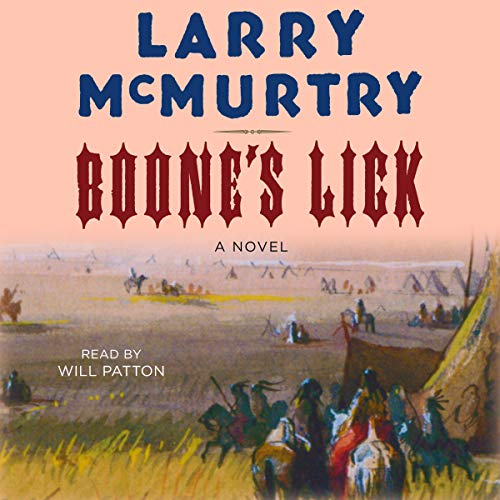 Boone's Lick is Pulitzer Prize-winning author Larry McMurtry's triumphant return to the kind of story that made him famous - an enthralling tale of the 19th-century West. McMurtry brings his unique blend of historical fact and sheer storytelling genius to the Cecil family's arduous journey from Boone's Lick, Missouri, to Fort Phil Kearny in Wyoming. Fifteen-year-old Shay describes the journey that begins when his Ma, Mary Margaret, decides to hunt down her elusive husband, Dick, to tell him she's leaving him.

The family sets out across the plains in search of him, encountering grizzly bears, stormy weather, and hostile Indians as they go. With them are Shay's siblings G.T., Neva, and Baby Marcy, Shay's uncle Seth, his Granpa Crackenthorpe, and Mary Margaret's beautiful half-sister Rose. During their journey they pick up a bare-footed priest named Father Villy, and a Snake Indian named Charlie Seven Days, and persuade them to come along.

Boone's Lick is high adventure, a perfect Western tale and a moving love story - it is vintage McMurtry, combining his brilliant character portraits, his unerring sense of the West and his unrivalled eye for the telling detail.