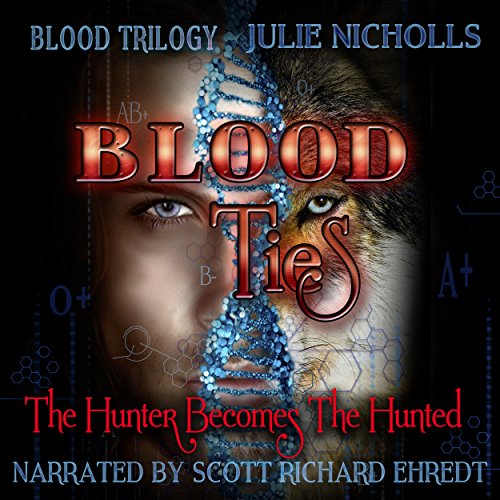 The hunter becomes the hunted....

Keagen was tall, muscular, and stronger than most men were, although he wasn't exactly a man. His genes were human DNA with a hint of animal, courtesy of Solgen Laboratories. It wasn't common knowledge what the company did, and their labs were all in secret locations. Only their financial backers knew where they were. Who supported them was unclear. Possibly the government, private military organizations, or even wealthy dictators; no one knew. You would not find any documentation about it. It wasn't legal what they were doing, that's for sure.

Keagen tracked and hunted escapees and always caught his prey, but just one eluded him. Gabriel, a lycan.

K 3 4 G E N is Solgen Laboratories number one hunter. He's genetically enhanced and has a high IQ, heightened senses, and thanks to lycan DNA, he is stronger and faster than any man. It's taken him a year to find Solgen Labs most wanted escapee; Gabriel, a lycan, and K 3 4 G E N is finally bringing him in, but despite his 100 percent retrieval rate, his title and life are about to expire.

The labs have created a new hunter, a female. G H 0 5 C T - She's faster, stronger, and has a new genetic enhancement that gives her the edge. She's a trained killer, and is eager to replace K 3 4 G E N, robbing him of his title and crown.

Feeling betrayed, K 3 4 G E N turns to his enemy, Gabriel. He hands Gabriel a file containing details of his sister, who was executed at the hands of Dr. Keller, the founder of Solgen Labs. Seeking an alliance, he offers to help Gabriel find out what happened to his sister.

Gabriel must make a choice; trust the hunter, or run and hide as he had done previously.