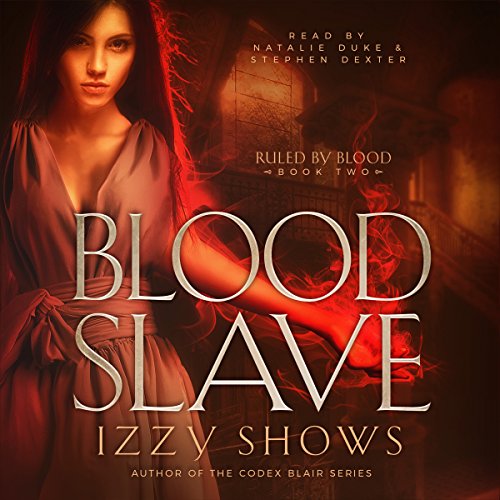 Death is a sweet release this blood mage will never be given.

Nina Rodriguez would rather die than submit, but that choice isn't hers. Because whoever kills her will take her death curse, a fate worse than death, and no one is willing to risk that.

When she saved the lives of the vampire king and his mother, she didn’t do it for glory, but she’d be a liar if she didn’t think it would mean freedom. Instead, all it did was reveal her for who she is - a blood mage, the most feared creature in the world.

Now, the vampires who rule the world have taken her as a slave to use her as a weapon. With her under their thumb, there’s nothing they can’t do.

But it isn’t the pain they threaten or the dungeons they’ll throw her back into, that keeps her in line. It’s the vampire king who stands to change everything she’s ever believed in that is the key to her captivity.

She knows she can’t have him, they’re enemies to the core, but that doesn’t stop her from wanting him.

Death doesn’t scare her. It’s a cage she fears. But some cages are made out of more than just iron.