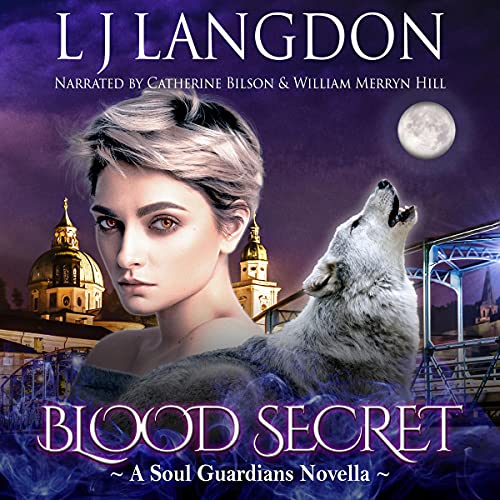 A wolf on the hunt. A woman on the run. And a secret heritage that threatens them both.

As a Soul Guardian, Kristof is sworn to protect mankind from evil Blood Demons and their tainted medallions. When his best friend Ferdie is killed by a Blood Demon intent on stealing back a medallion, Kristof vows to get it back - even if it means hunting down every Blood Demon in Salzburg. But when he runs into Emma, a beautiful woman who his senses tell him is a Blood Demon, the wolf in him refuses to kill her.

Emma sees things that don’t exist. Plagued by voices in her head, and a controlling father who tells her she’s crazy, Emma must fight to claim her sanity and independence. But what do you do when you’re attracted to the enemy, a man who reveals a truth much worse than insanity?

Together, and on the run, Emma and Kristof must learn the truth behind her dark heritage and recover the missing medallion as they fight to understand the forbidden bond they share.

But time is running out for the hunter and the hunted...