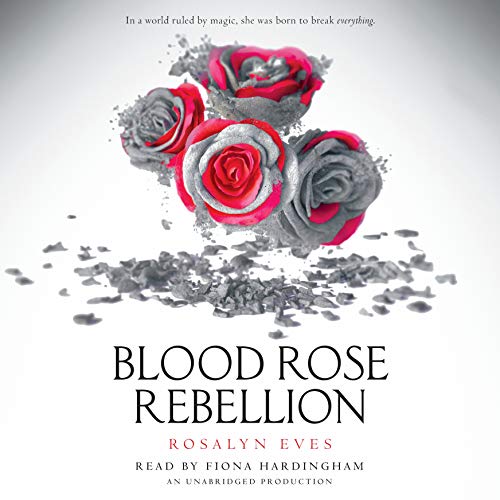 The thrilling first book in a YA fantasy trilogy for fans of Red Queen. In a world where social prestige derives from a trifecta of blood, money, and magic, one girl has the ability to break the spell that holds the social order in place.

Sixteen-year-old Anna Arden is barred from society by a defect of blood. Though her family is part of the Luminate, powerful users of magic, she is Barren, unable to perform the simplest spells. Anna would do anything to belong. But her fate takes another course when, after inadvertently breaking her sister's debutante spell - an important chance for a highborn young woman to show her prowess with magic - Anna finds herself exiled to her family's once powerful but now crumbling native Hungary.

In Hungary, Anna discovers that nothing is quite as it seems. Not the people around her, from her aloof cousin Noémi to the fierce and handsome Romani Gábor. Not the society she's known all her life, for discontent with the Luminate is sweeping the land. And not her lack of magic. Isolated from the only world she cares about, Anna still can't seem to stop herself from breaking spells.

As rebellion spreads across the region, Anna's unique ability becomes the catalyst everyone is seeking. In the company of nobles, revolutionaries, and Romani, Anna must choose: deny her unique power and cling to the life she's always wanted or embrace her ability and change that world forever.

"Romance sizzles and deadly magic crackles in Rosalyn Eves's electrifying debut. Prepare to be spellbound." (Julie Berry, award-winning author of The Passion of Dolssa and All the Truth That's in Me)
"A fast-paced historical fantasy full of magic, romance, and adventure that is a must-read for fans of Sorcery & Cecelia!" (Jessica Day George, New York Times best-selling author of Silver in the Blood)
"Everything I love in a fantasy: history, noblemen, magic, romance, and a revolution. Blood Rose Rebellion had me charmed from the first page." (Virginia Boecker, author of The Witch Hunter)