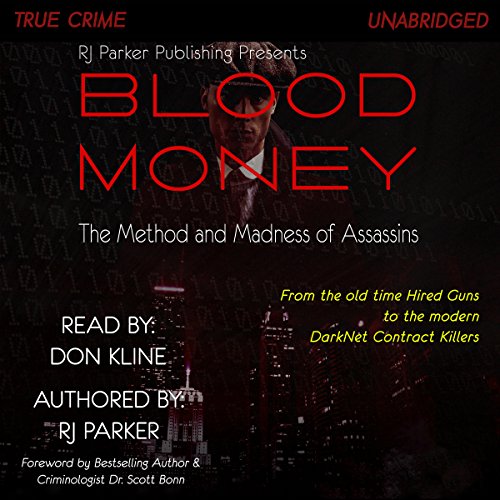 From the old days of mobsters in smoky barrooms plotting to gun down their rivals, to the new age of ordinary people hiring contract killers through the Dark Web, this book depicts the history of assassins and how they work.

While movies portray assassins as glamorous, wealthy, and full of mystery, the sober truth is often quite different.

The number of homicides credited to contract killers each year is staggering, and on the rise: business people killing their rivals, organized gang war kills, honor killings, and even cold-blooded kills between spouses.

Included is also a riveting foreword written by Dr. Scott Bonn, providing his reasoning why an assassin is not considered a serial killer in the professional community.

RJ Parker PhD is an award-winning and best-selling true crime author and publisher of RJ Parker Publishing. He has written 26 true crime books sold in over 100 countries. He holds certifications in serial crime and criminal profiling. Parker amazes his audiences with top notch writing and idealist research.