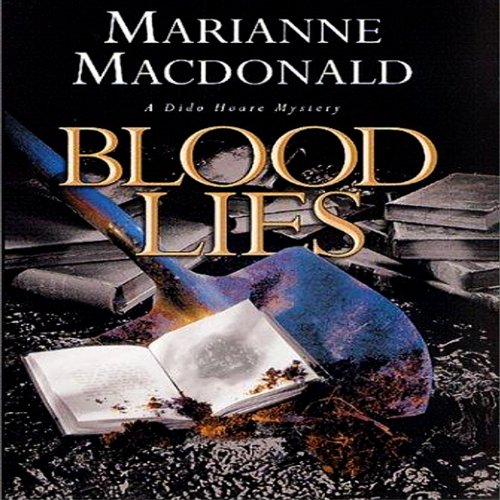 To escape from bad memories and nightmares in London, antiquarian book dealer Dido Hoare takes time off to visit a childhood friend, Lizzy Waring. Lizzy lives in the picturesque village of Somerset with her husband and his family. The Warings own Monksdanes, an idyllic Georgian mansion; it appears the perfect place for an over-active London native to rest and recuperate. At first Dido is enchanted by the surroundings. But it's not long before she realizes, to her dismay, that the postcard beauty is just a faade - there's a much darker reality below the surface. And her best friend is unwillingly at the center of it all; something has gone terribly wrong with Lizzy's life. But what? Lizzie won't say, and her in-laws are a secretive lot. The Waring family code is quite obviously "blood is thicker than water". The rest of the world are outsiders. Nothing is what it seems.

Dido is determined to help her old friend. Fighting through a maze of lies and misdemeanors, and ultimately what she suspects is murder, she persists in probing the deep secrets the Warings are guarding. Making some allies and some enemies along the way, Dido uncovers the sinister underbelly to life in the picturesque village. Although aware that she is putting herself in jeopardy, she doggedly brings to light the horrifying truth that is at the center of it all.